A bag for a dear friend 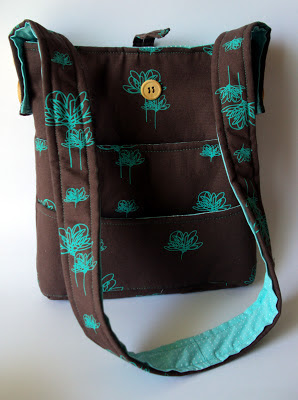 I feel truly blessed when I think about my friends. Some of them have really been instrumental in what I am today.

Sanhita is one such friend. I met her soon after I had joined Ravelry, at one of our Bangalore meets. I had just started crocheting then, having learned from videos. I had also just about started knitting, which I really wanted to be good at. Sanhita guided me through the whole knitting process – knitting yarns, weights, circular needles, the works.  There have been numerous times when I have asked her so many knitting related questions and she patiently answered each one of them. Knitting got easier with her encouragement and support.

For all of us at Bangalore Ravelry group, Sanhita is one loved person. So when she announced that she was getting transferred to Kolkata, it was difficult for all of us. Saying bye to a friend is never easy. Though technology helps us keep connected there’s nothing like talking and laughing over a nice lazy lunch.  For her farewell gift, I wanted to make something that she would use. 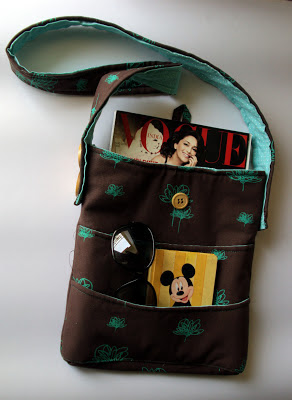 Sewing was one craft that she hadn’t tried her hand at. So I decided to sew her a bag. I chose this pattern .The tutorial is very well explained. Since I was not sure about sewing through so many layers I excluded the back pockets and also skipped the twin needle top stitching. Finding the right buttons took the longest. I found these lovely wooden buttons a day before her farewell party. Pictures were taken just before I left. 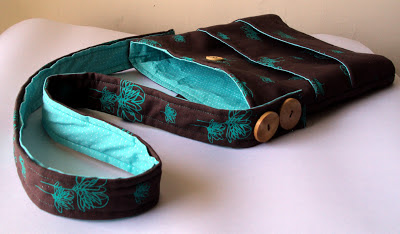 Sanhita was extremely happy on receiving it. I made her promise that she would give sewing a try. Its been quite a few months since she left Bangalore. As promised, she has bought herself a new Bernette sewing machine and is now in love with sewing. I’m sure we’ll see her sewing projects soon on her lovely blog : Jugglersboat